Pasadena theft victim could face 18 months for 911 call - he should get more!

His lawyer says misdemeanor charges over his statement that the robber had a gun were meant to deflect blame from the police who killed the suspect. 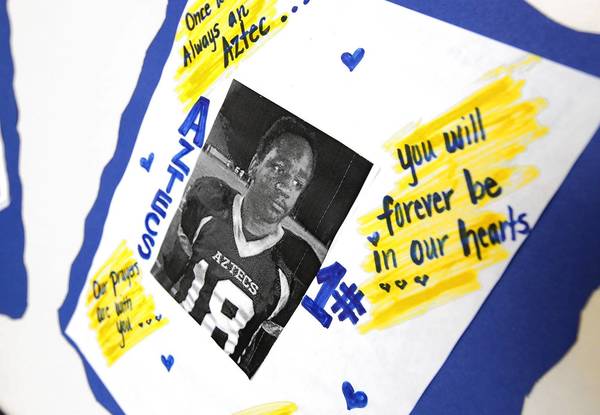 The 911 caller who falsely claimed that he was robbed at gunpoint the night Pasadena police shot and killed unarmed 19-year-old robbery suspect Kendrec McDade is due in court Tuesday to face misdemeanor charges that he lied to emergency dispatchers.
Oscar Carrillo, 27, is charged with one count of making a false report of a criminal offense and a second count of reporting an emergency knowing the report was false, a Pasadena city spokesman said.
If convicted on both counts, Carrillo faces a maximum sentence of 18 months in jail, his defense attorney, Andres Bustamante, told the Pasadena Sun.
Carrillo, who has already pleaded not guilty to the charges, is scheduled to return to court Tuesday for a pretrial hearing.
The city prosecutor's office filed the charges after the Los Angeles County district attorney's office declined a request by Pasadena police to charge him with manslaughter.
Bustamante accused the city of prosecuting Carrillo as a way to redirect responsibility for McDade's death.
"I think they're deflecting," Bustamante said. "It seems to me the city feels obligated that [Carrillo] must take some kind of responsibility. Their position has always been that he set in motion certain events that led to the tragic shooting of this African American teenager."
An internal review of the shooting incident, announced Wednesday, determined that the two Pasadena police officers who shot McDade during the robbery investigation one year ago acted "within departmental policy."
And in December, an investigation by the Los Angeles County district attorney's Justice System Integrity Division concluded that the officers had "a reasonable fear of imminent death or serious bodily injury" and "acted in lawful self-defense and defense of others" in shooting McDade.
Investigations by the Los Angeles County Office of Independent Review and the FBI remain ongoing, according to police.

BAILNOW BAIL BONDS IS ALL OVER CALIFORNIA! - CHECK OUT A FEW OF OUR CALIFORNIA LOCATIONS!