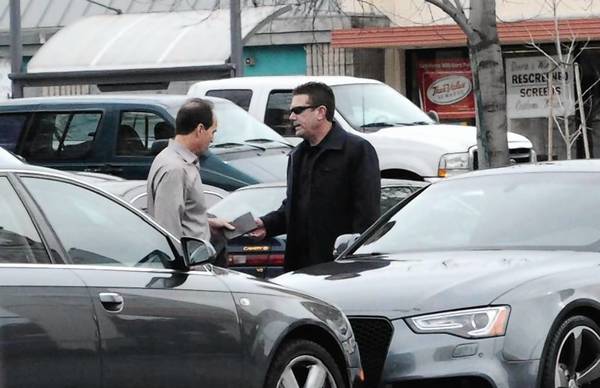 A San Fernando Valley jeweler agreed to plead guilty to a conspiracy charge and return nearly $1.3 million in stock-trading gains he made from allegedly illegal tips provided by a former partner at accounting giant KPMG.
Bryan Shaw, 52, of Lake Sherwood admitted in a plea agreement that he conspired with KPMG's Scott London to trade in the stocks of the accounting firm's clients. The pair were longtime friends who enjoyed golfing together.
In addition to forfeiting his ill-gotten gains, Shaw faces a maximum sentence of five years in federal prison and a fine, the Justice Department said. Prosecutors said they would recommend a reduced sentence if Shaw provides "substantial assistance" during its investigation.
Prosecutors alleged that London, 50, a longtime employee of KPMG's Los Angeles office, gave Shaw inside tips about several companies, including nutritional products maker Herbalife Ltd. and footwear company Skechers USA Inc., and that Shaw used the information to make profitable trades.
Shaw admitted that he paid London for the tips, giving him more than $60,000 in cash, a $12,000 Rolex watch, jewelry for his wife, concert tickets and expensive meals. The cash payoffs were often made on secluded streets near Shaw's Encino jewelry store, prosecutors said.
Federal prosecutors previously charged London, 50, with conspiracy to commit insider trading. London, who was fired by KPMG last month, is scheduled to be arraigned May 17 in U.S. District Court in Los Angeles.
Shaw signed a plea agreement April 30, and prosecutors filed that document Monday along with the conspiracy charge. Shaw is expected to appear in court this week.
"London provided, and Shaw was all too happy to use, proprietary information that should have remained confidential," said U.S. Atty. André Birotte Jr., whose office is prosecuting the case.
"These men broke ethical rules and criminal laws for the sole purpose of lining their pockets with illegal profits," the federal prosecutor said.
London was a senior partner at KPMG who supervised hundreds of accounting professionals at the firm and personally handled audits for major KPMG clients, including Herbalife and Skechers.
Because of his position, London had access to confidential information about KPMG's clients before that information was disclosed to the public.
At one point, Shaw garnered gains of $450,000 on Herbalife stock, and the men believed that they could make even more, according to the complaint in London's case.
In one call, London referred to rumors that Herbalife may be going private, telling Shaw "that is going to be where you make a ton of money."
London called Shaw and read him draft versions of news releases days before they went public, according to court documents. He also advised Shaw how to structure stock purchases to protect them from being discovered, prosecutors said.
The scheme began unraveling when Fidelity Investments apparently discovered the suspicious trades in Shaw's account and froze it, said Shaw's attorney, Nathan Hochman. Shaw received a subpoena to appear before the Securities and Exchange Commission in December, his attorney said.
Shaw later made a complete confession to SEC and Justice Department prosecutors, agreeing to cooperate against London, Hochman said.
"One can make a logical conclusion that Fidelity probably alerted the SEC," the defense lawyer said.
Acting at the direction of the FBI, Shaw met London earlier this year and handed him a bag containing $5,000 in cash as payment for a past tip. A photograph of that exchange, taken by FBI agents, was included in a criminal complaint filed against London.
KPMG resigned as the auditor of Herbalife and Skechers after learning of London's conduct.
Skechers has hired a new accountant; Herbalife is still searching for a replacement. KPMG also withdrew its audits of Herbalife's financial statements for 2010, 2011 and 2012.
The fallout has been significant for Herbalife, which recently said it canceled plans to borrow money to repurchase its stock because the now unaudited financial statements would complicate borrowing efforts.


BAILNOW BAIL BONDS IS ALL OVER CALIFORNIA! - CHECK OUT A FEW OF OUR CALIFORNIA LOCATIONS!